Welcome to Alex Kierkegaard's D&D Battlegrounds, the culmination of my role-playing philosophy elaborated at length in my essay Role-playing Culture. This is the ultimate D&D battleground, where rival groups of players are randomly spawned across the largest fantasy world ever created to face countless epic storylines and, occasionally, each other in versus D&D fights to the death of a previously unheard of ferocity and complexity.

At the center of the Battlegrounds universe, holding everything together, is the Planescape setting, through which all other realms are connected and communicate. No group can start there, but they will all end up there sooner or later in their quest to find, and eliminate, each other. In addition, the magical mists of Ravenloft could appear anywhere in the universe at any time, drawing evil-doers (or player characters) into the Ravenloft setting. (One exception is the phlogiston of the Spelljammer setting. The phlogiston blocks all planar travel, but the Ravenloft mists can appear in deep space inside crystal shells.) And, of course, in the Prime Material plane all the planets are connected via the Spelljammer setting.

All official D&D material ever produced exists in the world simultaneously and can be viewed in its proper place in each setting in the detailed maps below. Groups roll once to determine their starting setting (minus Planescape, Ravenloft and Spelljammer), and again to determine their starting location in the setting, and then pick their desired adventure from the ones available in their vicinity according to their power. As they clear adventures and their power grows, they are given the opportunity to pursue specially designated Versus Quests that culminate in a battle against rival groups of player characters. These quests become available to groups of comparable power, but they are not presented simultaneously to both groups. The groups roll to determine which group will be offered the opportunity first, and only if the first group declines is the opportunity offered to the second group. Given that the best defense is a good offense, the groups would be well-advised to think carefully on such choices. If they accept the challenge, the rival group will have no idea what's happening until the first fireball is fired, lending an urgency and an air of expectation to their regular adventuring and character development that no regular single-group campaign could ever match. That magical item you found or that levelling decision you took yesterday could be all that stands between your character prevailing or dying when the next versus fight comes around. And since D&D tactics are so deep, you and your teammates better learn to coordinate yourselves in battle properly, creating synergies that multiply your power, or the whole group could be wiped and forced to start over at the beginning.

That's not to say that Battlegrounds is all about the tactics and min-maxing; the role-playing dimension is of equal importance here, and a Paladin who risks his life for others, or a chaotic evil character who backstabs his companions and runs off with their loot at the worst possible moment for them, will be richly reward in XP and end up leveling far quicker than a player who can't even remember what alignment he chose for his character. And this is how the role-playing is tightly wound into the regular adventuring, and ultimately the novel versus mechanics.

The D&D universe contains many powers with which to challenge players, but the truth remains that a DM never plays these powers at their maximum potential, otherwise the players wouldn't last long. Although NPCs in tabletop D&D act far more intelligently than their digital counterparts found in computer games, no DM will ever play an adversary to the level that a player will, and that's where the Versus Quests come in, battles of such complexity that even the concept of "power" means little when a successful charm roll can take over a group's wizard and turn him against his teammates from the very first round.

Welcome to D&D Battlegrounds, the culmination of five decades of D&D, placing players in a race against fate, with the expertly-penned epics of the D&D universe being merely background preparation for videogame-style versus fights where no one, not even a DM, can help them.

D&D Battlegrounds is powered by Alex Kierkegaard's massively expanded version of D&D, Dungeons & Dragons: Ultimate Edition (UE), that adds a brand-new strategy dimension to the game and a plethora of in-depth role-playing mechanics. Participating players and Dungeon Masters are required to familiarize themselves with this ruleset before joining the game, but please note that all rules are under development and subject to change, so keep an eye on the Battlegrounds forum for the latest developments, and feel free to contribute your own ideas to the project for consideration. Expect the list and scope of chapters below to grow as the project progresses, and eventually everything will be neatly rewritten and compiled as a proper full-blown Ultimate Edition in PDF form.

GLORY? MAJESTY? YOU DON'T KNOW THE DARK OF IT!

Discover the multiverse! Enter infinite universes of infinite variety, worlds beyond the prime-material settings of the D&D game. Explore Sigil, the City of Doors, filled with portals to every layer of every plane. All you need is the right key...
Until now, only the most powerful wizards could peek into the magnificent multiverse, but no longer! Gone are the unimaginable distances and the insurmountable obstacles that only the ultrapowerful could hope to overcome. Now even the greenest adventurer can enter the planes, though surviving long is another matter...
Have at it, berk! Powers, proxies, planars, petitioners, and wondrous monsters await just beyond the portal. Step through and partake of the infinite excitement of PLANESCAPE adventures!


Multitudes of worlds wheel through Wildspace. The crystal shells that encase them bob and drift in a turbulent, rainbow ocean which fills all the cosmos. Sturdy merchants, bold pirates, and daring explorers venture into the great, unknown vastness of the universe, seeking wealth and adventure.
The SPELLJAMMER setting puts you in command of a fantastic ship capable of spanning the tremendous distances between planets. Graceful elven flitters, stately illithid galleys, deadly beholder tyrants, and the awesome Spelljammer itself carry trade, emissaries, and heroic action throughout all the worlds of the D&D game!

TERROR IN THE LAND OF THE MISTS

Ravenloft Theme: Where Is Your God Now

In the year 351 of the Barovian calendar, Strahd von Zarovich made a pact with Death—a pact that sealed his fate and created a land of nightmares known as Ravenloft. Other lords of darkness have embraced the Demiplane of Dread as their own, and woe to heroes who wander there. Creatures of the night prey freely upon the living in this land, and day is but a prelude to another night of horror.

Forgotten Realms Theme: Beyond the Ice

It is a world where the gods walk and fantastic armies clash. It is the home of Elminster, Alias, Azoun, Khelben, and Drizzt the dark elf. It is the most popular fantasy setting in history. Well met, traveler, and welcome to Abeir-Toril, a land of high magic, terrifying monsters, ancient ruins, and hidden wonders. From the forbidding forests of the Silver Marches to the teeming cities of the Inner Sea, Faerûn encompasses shining kingdoms, monster-infested wastes, endless caverns, and sinister citadels. The FORGOTTEN REALMS campaign setting presents the most comprehensive fantasy world ever described!

Enter a lifetime of adventure in the uncertain Age of Lost Omens. The god of humanity is dead and prophecy is broken, leaving adventuring heroes like you to carve their own destinies out of an uncertain future!
The PATHFINDER setting puts you in the role of a brave adventurer fighting to survive in a world beset by magic and evil. Will you cut your way through monster-filled ruins and cities rife with political intrigue to emerge as a famous hero laden with fabulous treasure, or will you fall victim to treacherous traps and fiendish monsters in a forgotten dungeon? Find your path and decide your fate.

FACE THE FIRE OF THE DARK SUN AND ENTER THE MOST CHALLENGING D&D WORLD YET!

Amid the barren wastelands of Athas lie the scattered city states, each in the grip of its own tyrannical sorcerer-king. Protecting their own positions with dark magic, they demand absolute obedience. The restless mobs are placated with bread and circuses—the arenas overflow with spectators seeking release from their harsh lives.
The land outside the cities belongs to no one. Savage elves race across the deserts while insectoid thri-kreen satisfy their taste for blood. Dwarves labor at projects beyond the scope of men, and feral halflings lie in ambush.
Athas is a land of deadly magic and powerful psionics that offers no promise of glory or even of survival. Those who do not have the cunning to face life on Athas will surely perish—leaving nothing but bones bleached white under the blistering rays of the DARK SUN.

"...FOR IN AGES PAST, BEYOND MEMORY AND WORD, IN THE FIRST BLUSH OF THE WORLD, DRAGONS TERRIBLE AND GREAT MADE WAR ON THIS WORLD OF KRYNN."


Enter the spell-binding world of the DRAGONLANCE Saga, a world shattered by dragons and their armies.
On the world of Krynn, the gods of Good and Evil war eternally, joined in battle by mortals and Krynn's true children—the dragons. Wizards take the Test of High Sorcery, a rite of passage that leads to greater power. Knights of Solamnia quest for honor and serve as defenders against the forces of darkness. Heroes are found in ordinary people who fight for their homes and loved ones. As Dragonarmies seek to conquer the continent of Ansalon, there remains one hope—the fabled dragonlance.

THE CROWN AND THE SCEPTER CAN BE YOURS!

Experience the thrill of playing rulers of legend who command mighty armies and wield the power of kingdoms! The BIRTHRIGHT campaign setting for the D&D game makes this possible as never before. Role-play warriors, wizards, priests and thieves descended from royal bloodlines, command imperial powers, and control the destinies of far-reaching lands. But be prepared to battle enemies who are equally as powerful, as well as millennia-old monstrous abominations that will stop at nothing to steal your kingly power.
Are you up to the challenge of deciding the fate of a continent?

GIVE YOUR HERO AN EDGE

Enter a war-torn world that marries magic with steampunk's technology, elemental-powered airships and lightning trains, industrial nobility and arcane tinkerers, where noir-inspired mystery meets swashbuckling adventure. Will EBERRON enter a prosperous new age, or will the shadow of war descend across it once again?

More than a collection of maps and names, it is an active world filled with decaying empires and dark forests.
...A world where bandit kings raid from their remote strongholds;
...A world where noble elves fight savage invaders and where bold knights wage war on the terror of Iuz;
...A world scarred by the vast Sea of Dust, across which drift lost memories from the awful, forgotten past.
Enter the world of GREYHAWK... 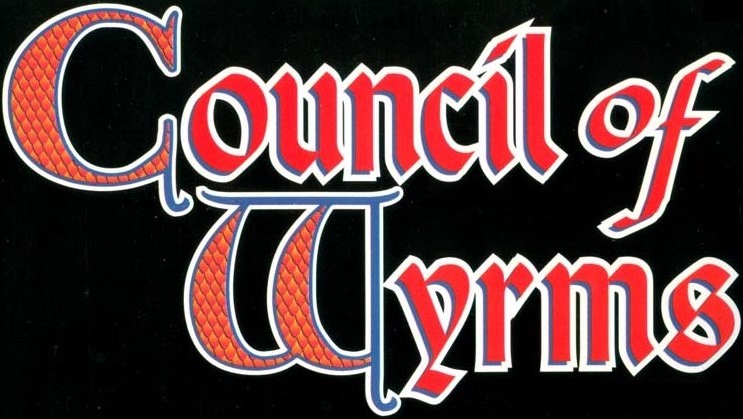 Feel the mighty muscles ripple beneath your armored flesh. Hear the wind rush by as each powerful flap of taut, scale-covered wings sends you hurtling forward. Taste the scent of prey as it wafts up from the ground below, rich with fear-soaked sweat. See your quarry through remarkably-keen reptilian eyes that see everything and miss nothing. Touch your tongue to the sharp, daggerlike teeth that fill your crushing jaws as the volatile breath builds inside you. You are a dragon, and all living things shudder at your terrible approach!